Once you’ve successfully completed your first static line jump, you can choose to switch to Accelerated Freefall as opposed to Student Progression.  AFF is a more intensive learning program that has you dong freefall jumps from the full altitude on your first jump.

Accelerated Freefall (AFF) is the modern, rapid way to becoming a safe, competent and independent skydiver!  Over ten levels you receive ground schooling followed by in-air instruction from highly qualified PASA AFF Instructors. One the first couple of levels you jump with both instructors holding you stable in the air.  As you move through the levels the instructors drop from two to one, and finally you’re jumping solo.

Before starting Accelerated Freefall (AFF) you need to have attended our First Time Jump (FTJ) course and done at least one static line jump.

Aff is made up for 10 levels, which start with you jumping with two instructors holding you and finish with a solo jump from 3,500 feet to get you used to jumping from lower heights. 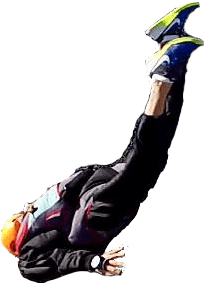 Once you’ve done all ten levels and your instructor has signed you off, you are clear to jump solo and can start working towards the your A license.  Each level has its own cost, which you can find on the Course Price List page.

There is no need to book jumps after you’ve completed the FTJ course, but you will need to schedule your jumps with our AFF instructors. Once you’ve done that, turn up with your logbook, get your jump briefing, manifest yourself and your instructors, and then go jump. Once you’re done, and you successfully did what you needed to do on the jump, the instructor will sign you off in your logbook and you can get ready for your next jump. Student skydivers are only permitted to jump three times in one day; as a new jumper the adrenaline highs and inevitable drop in adrenaline levels become very tiring. You can help yourself by eating regularly to keep your blood sugar levels up.

When you leave, visit manifest and they’ll tell you how much you owe. You can either pay by cash or EFT. The benefit of doing Student Progression is that each jump is generally cheaper than AFF so it’s much easier to budget, and not so bad if you fail a level and have to retake. 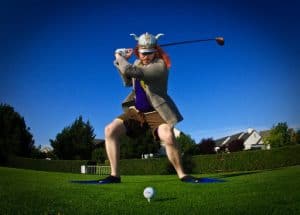 As a student you’ll need to stay current, which means jumping at least once a month although we recommend jumping at least twice a month if not more. With concurrency comes comfort in the plane and in the air, which means you’ll find each level easier than if you jump once a month. There are rules that say what happens if you are uncurrent by a month, by three months or more. If you become uncurrent three times in quick succession you’ll get what’s called ‘the golf speech’ where you’re told that maybe skydiving isn’t for you and you should probably be playing golf instead. Once you’re addicted like the rest of us, this rarely becomes an issue.

For a full list of prices for each jump of the Static Line and Freefall Progression, check out Course Price List page.