Over the years Skydive Robertson has been sponsored by the amazing organisations below. We highly recommend each one of them and are proud to be associated with them.

Our CAA approved aircraft maintenance facility is capable of all inspection requirements from 50 hour routine inspections to Mandatory Periodic Inspections (MPIs) to Supplemental Inspection Documents (SIDs).
Based at the picturesque Robertson Airport in Western Cape we have full SA CAA Part 145 approval. We are licensed to maintain and repair a variety of aircraft inclusive of twin and single engine turbine and most GA type piston engine aircraft including “lap and pap” classic and vintage aircraft.
We also have capabilities for NTC types and will build your experimental aircraft of choice.

Founded in 1995, The Crazy Store is the largest discount variety chain in South Africa. We’ve resonated with customers through tough times, making us a highly popular and favoured brand with people from all walks of life, who come to us to find great value and variety. With so much for so little, everyone will find something at The Crazy Store. It’s no wonder that many consider it “the smart place to shop”. Why not visit The Crazy Store in Robertson and see why we’ve become such a popular brand…

Créma Design is extremely proud to continue to supply the very best in international design to high end projects including private homes, offices, restaurants and boutique hotels throughout South Africa. 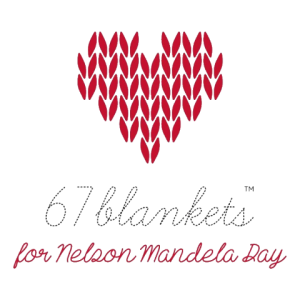 In December 2013, Zelda la Grange, late former President Nelson Mandela’s trusted assistant, presented philanthropist and ‘Arts Angel’, Carolyn Steyn, with a challenge: knit, sew or crochet 67 blankets! These blankets would then be distributed to those in need on Mandela Day.

Mandela Day is an annual international day in honor of Nelson Mandela, celebrated each year on the 18th July, Mandela’s birthday. The day was officially declared by the United Nations in 2009.

Carolyn gladly accepted Zelda’s challenge but soon realised that she wouldn’t be able to achieve it alone.

Since then, 67 Blankets for Nelson Mandela Day has transformed into what some are calling a “movement” – a movement that has captured the attention of many South African and international celebrities as well as corporates and “KnitWits for Madiba”  in Australia, Belgium, Canada, Germany, Cyprus, London, the US and India.

Focusing on properties in the Waterfront, Atlantic Seaboard coastline and the scenic Table Mountain area, as well as Cape Town city centre, the RE/MAX Living team are well respected within the industry because of their intimate understanding of property and commitment to providing customers with the best possible advice. Cape Town offers an amazing choice of properties for sale and to rent ranging from multimillion Rand Villas and sophisticated ocean apartments to compact cottages and exclusive studio apartments. 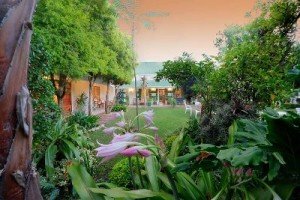 Set in a low-slung Victorian farmhouse with views of the Langeberg Mountains, this relaxed hostel with an annexe is 11 km from Rietvallei Wine Estate and 2 km from Robertson Art Gallery. Featuring wood floors and colourful accents, the 2 private rooms and 1 dorm share bathrooms; the dorm has bunk beds. The annexe offers 2 airy rooms with tile floors and en suite facilities. All units have free Wi-Fi. Complimentary coffee and tea are provided, as are passes for tastings at area wineries. Other amenities include a garden with a BBQ area, and a Moroccan-themed lounge with hookahs, a bar and a fireplace. There’s also a guest kitchen and a TV room.