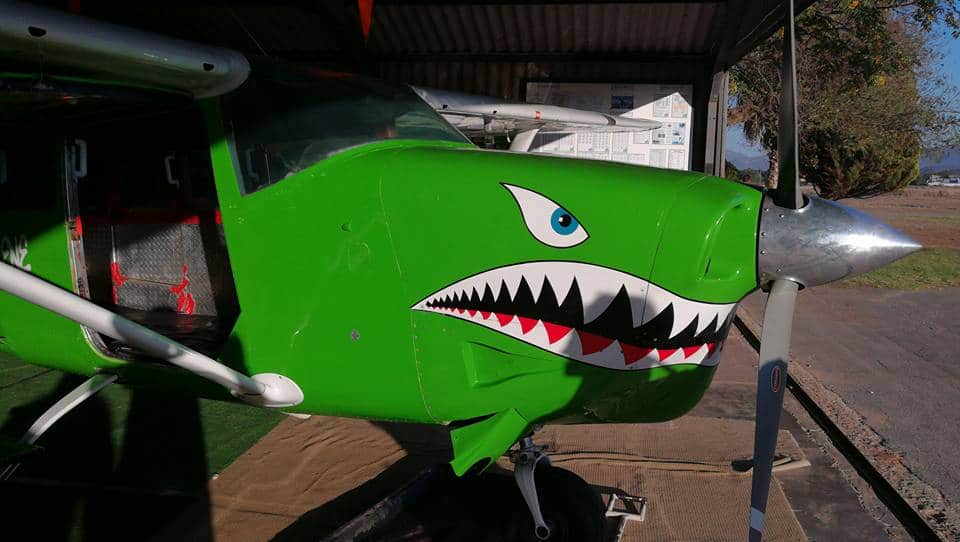 An aileron (French for ‘little wing’) is a hinged flight control surface usually attached to the trailing edge of each wing of a fixed-wing aircraft. Ailerons are used in pairs to control the aircraft in roll, or movement around the aircraft’s longitudinal axis. Movement around this axis is called ‘rolling’ or ‘banking’. Ailerons move in opposite directions. When the pilot moves the stick left, or turns the wheel counter-clockwise, the left aileron goes up and the right aileron goes down. A raised aileron reduces lift on that wing and a lowered one increases lift, so moving the stick left causes the left wing to drop and the right wing to rise. This causes the aircraft to roll to the left and begin to turn to the left. Centering the stick returns the ailerons to neutral maintaining the bank angle. The aircraft will continue to turn until opposite aileron motion returns the bank angle to zero to fly straight.

Flaps are devices used to improve the lift characteristics of a wing and are mounted on the trailing edges of the wings of a fixed-wing aircraft to reduce the speed at which the aircraft can be safely flown and to increase the angle of descent for landing. They shorten takeoff and landing distances. Flaps do this by lowering the stall speed and increasing the drag.

Cowl and Cowl flaps or just cowling, is the sheet metal that surrounds the engine of an aircraft. Cowl flaps are ‘doors’ that are adjusted to control the cooling air that flows through the cowling. Usually cowl flaps are doors that are located on the bottom of the cowling, located either inside or outside. They are in this location because that is usually the end of the path for the cooling air flow. These doors are opened and closed by the pilot from the cockpit. Usually they are manual and are operated by a lever or a knob. In some cases they are electric and are opened and closed by a switch.

Elevators are flight control surfaces, usually at the rear of an aircraft, which control the aircraft’s longitudinal attitude by changing the pitch balance, and so also the angle of attack and the lift of the wing. An elevator is a moveable part of the horizontal stabilizer, hinged to the back of the fixed part of the horizontal tail. The elevators move up and down together. When the pilot pulls the stick backward, the elevators go up. Pushing the stick forward causes the elevators to go down. Raised elevators push down on the tail and cause the nose to pitch up. This makes the wings fly at a higher angle of attack, which generates more lift and more drag. Centering the stick returns the elevators to neutral and stops the change of pitch.

The tachometer is a gauge that indicates engine speed in revolutions per minute (RPM) or percentage of maximum.